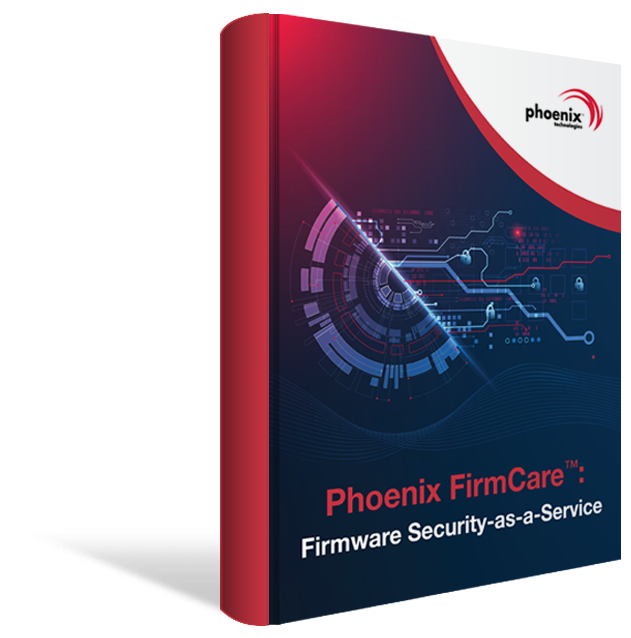 Firmware vulnerabilities have more than quadrupled in less than six years.

Is your firmware protection up to par?

The ebook will cover:

Why firmware protection is important for your company

How Phoenix FirmCare™ can alert you about vulnerabilities faster

Here’s What You Can Expect from Our Firmware Protection Program

The complete firmware security-as-a-service program that monitors, rates, and reports vulnerabilities and then develops and delivers appropriate patches.

It provides the earliest and most comprehensive awareness of threats to firmware security.

What does it include?

Phoenix Technologies was the first independent firmware provider and has been pioneering firmware innovation since 1979 with nearly a billion units installed worldwide. Phoenix designs, develops, and secures firmware for a wide range of computing devices including computers, laptops, servers, IoT, and other advanced computing platforms and devices.

Phoenix has over 180 patents and copyrights in the firmware space and deep industry partnerships with companies such as Intel, AMD, Qualcomm, and Arm. Additionally, Phoenix participates in a broad spectrum of firmware and firmware security organizations such as the Unified Extensible Firmware Interface Forum (UEFI), the Trusted Computing Group (TCG), and the Internet Engineering Task Force (IETF).